Co-operative banks are financial entities established on a co-operative basis and belonging to their members. This means that the customers of a co-operative bank are also its owners. These banks provide a wide range of regular banking and financial services. However, there are some points where they differ from other banks.

The co-operative banking system came into being with the aim to promote saving and investment habits among people, especially in semi urban and rural parts of the country. In India, co-operative banks play a crucial role in rural financing, with funding of areas under agriculture, livestock, milk, personal finance, self-employment, and setting up of small-scale units among the few focus points for both urban and rural co-operative banks. They provide a much-needed alternative to the age-old exploitative practice of people approaching the village moneylender, most often getting into a debt-trap that they struggle to pull themselves out of.

Broadly, co-operative banks in India are divided into two categories - urban and rural.

On the other hand, Urban Co-operative Banks (UCBs) are either scheduled or non-scheduled. Scheduled and non-scheduled UCBs are again of two kinds - multi-state and those operating in single state.

They were brought under the RBI's watch in 1966, a move which brought the problem of dual regulation along with it. The problem of rural credit was the key reason behind the advent of the co-operative movement in India, which began with the passage of the Co-operative Societies Act in 1904. The next addition was the Co-operative Societies Act, 1912, which focused on the need for regulation of such societies and hence the establishment of appropriate bodies to oversee their functioning.

However, the combined balance sheet of urban and rural co-operative banks saw robust expansion in FY19. The year saw revival of deposits, which accounts for 89.5 per cent of their resource base. The growth was deceleration in FY18. Nonetheless, their deposit growth remains below the average of 13.9 per cent achieved between FY08 and FY17 as per the RBI annual report on the trends and progress of banks in FY19.

During FY17 and FY18, the incremental credit-to-deposit ratio of urban co-operatives rose above those of commercial banks, owing to the impact of high deposit growth on account of demonetization and lower credit growth of bank in the next year. This upturn was, however, reversed in FY19 with a pick-up in credit growth of banks. On the financial profitability, the urban co-operatives saw a decline in net profit after taxes in FY19. Similarly, on the asset quality front too, the co-operatives performed badly with their gross NPAs rising to 7.1 per cent from 6.7 per cent but the net NPA ratio improved to 2.6 from 2.8, while the provision coverage ratio improved to 65.6 from 63.4.

The regulator takes over

The Union Cabinet in March 2020 approved an amendment to the Banking Regulation Act to bring multi-state co-operative banks under the watch of the central bank and prevent a repeat of Punjab and Maharashtra Co-operative Bank-like crisis. The co-operative banks have a depositor base of 8.60 crore having total savings of about Rs 5 lakh crore. The proposed law sought to enforce banking regulation guidelines of the RBI in co-operative banks, while administrative issues would continue to be guided by Registrar of Co-operatives.

Further, the UCBs would bring down their existing exposures which are in excess of the revised limits to within the revised limits by March 31, 2023. As per RBI, tier-1 capital as on March 31 of the preceding financial year shall be reckoned for the purpose of fixing the exposure limits. Also Tier-1 capital for the purpose will be the same as that prescribed for computation of capital adequacy of UCBs.

UCBs shall have at least 50 per cent of their aggregate loans and advances comprising loans of not more than Rs. 25 lakh or 0.2 per cent of their tier 1 capital, whichever is higher, subject to a maximum of Rs. 1 crore, per borrower. RBI also increased the overall priority sector lending (PSL) target for UCBs to 75 per cent of adjusted net bank credit (ANBC) or credit equivalent amount of off-balance sheet exposure (CEOBSE), whichever is higher from 40 per cent earlier. The UCBs needed to prepare a board approved action plan for compliance with the revised exposure limits and priority sector lending targets.

RBI also promulgated that UCBs with deposit base over Rs 100 crore would require prior approval of RBI for appointment of their CEOs. The banking regulator decided to implement the suggestion of putting in place Board of Management (BoM) in addition to the Board of Directors (BoD) in UCBs with deposit size of Rs 100 crore and above. These guidelines is however not applicable to Salary Earner’s Bank. UCBs with a deposit size less than Rs 100 crore and Salary Earners’ Banks are exempted from constituting BoM although they are encouraged to do so voluntarily, as per the guidelines. According to the guidelines that the BoM would report to the BoD and shall exercise oversight over the banking related functions of the UCBs, assist the BoD on formulation of policies and any other related matter specifically delegated to it by the BoD for proper functioning of the bank.

As the regulatory grip tightens over the co-operative banks, it is now expected that this segment would start delivering quality business and the faith of customers would also get revived. However, trust, once broken, takes years to rebuild, so, only in the coming years it will be seen how the healing touches of RBI have cured the deep seated wounds of the co-operative banks. 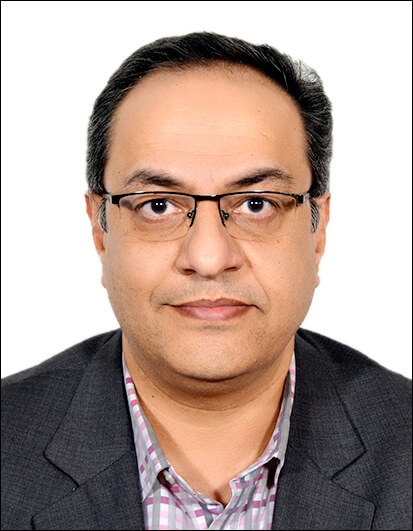 Dr. Alok Malhotra is a senior mentor and leads the academic consultant team of NIIT IFBI. Alok has over 30 years of work experience, including 15 years of banking, 6 years of entrepreneurship and 9 years of training experience.