Does Banking have an alternative?

I have often been asked in various forums:

There have been raging debates and euphoria around this topic across various forums in the financial world… that Fintech is the next big thing on the horizon, and that it will create an existential crisis for banks. Arguments are going around thick and fast on how the new fintech companies and neo banks are technologically superior and how they will disrupt banks and lead them to oblivion. Surprisingly, even some banks have conformed to these alarmist views and pressed the panic button way too soon.

ARE BANKS’ SURVIVAL AT RISK?

The big question is - Is there really an existential threat for banks? The answer is a clear ‘No’. The views and arguments put forward by some critical thinkers and bank doomsayers are quite farfetched to say the least. The fact of the matter is that banking can never be replaced, and for that we need to only look at its history. Banking is centuries old, as old as 2000 BC when the merchants of the world provided grain loans to farmers and traders, who carried goods between ancient cities. Banking has only flourished over time and it continues to play a critical role in economies across the globe. Besides, banking had witnessed major upheavals and crises before like the Great Depression of 1929 and more recently, the Global Financial crisis of 2008, and it has not only survived but also emerged stronger with each crisis.

HOW ARE BANKS UNIQUE AND DIFFERENT?

What gives credence to banks is its institutionalization. It is well regulated, has strict capital adequacy norms, robust systems, good corporate governance, financial safety etc. When it comes to money, customers would prefer their banks over fintech companies anytime. The trust and goodwill have got built over long periods of time and fintech has only just begun.

Modern-day banks are financial supermarkets that provide multitude of services like transactional accounts, deposit & loan products, collection & payments services, forex, interoperability, settlements, cash management, trade services, treasury products, investment banking, utility services, financial advisory, wealth management and many others. Their product suite can help meet all of customer’s financial and lifecycle goals and dreams. Expecting any one fintech company to replicate or replace all of these is a tall order. Take mobile wallet companies for instance. They can at best nibble away a part of the bank’s payment business. While their wallets might provide convenience and cashback benefits, they are also quite restrictive in usage for the end-consumer. Banks have already realized its shortcoming in their product arsenal, and they have now come up with competing products that have helped them to seize back the initiative and recover lost ground.

A critical factor in favour of banking is that it is an ingrained part and parcel of a person’s life and a deeply entrenched habit. When you think of money, you always think of banks. Getting people to wean away from banking is easier said than done. Also, there are multiple linkages that are tied to the banking systems - the RBI’s monetary policy, Government’s fiscal policy, tax collections, inflation control, trade and commerce, foreign direct investments, capital flows, forex reserves, currency movements, financial inclusion, subsidy transfers and many others. It will be extremely difficult for fintech companies to break into all of that.

Banking, as a sector, is a major employment generator and enjoys total government support and backing across the globe. Imagine the consequences if this thriving industry were to shut down given that there is a supposed alternative. Such an action would lead to major social upheaval in the society. The governments will surely not allow that to happen and risk their political capital.

Whatever be the discourse, one cannot deny that there is a silver lining in the bank-fintech debate. It forced the banks to change and adopt new strategies and innovation. Consequently, we are experiencing winds of change sweeping across the banking industry. Cognitive technologies, Artificial Intelligence, Robotics, Blockchain and other emerging technologies have already made inroads into banking, enhancing their delivery and security further. Banks are investing heavily in upgrading their core banking systems and adopting new state-of-the-art technologies. They are speeding up innovation and decision making, keeping the customer at the centre of focus. Come to think of it, there is nothing the fintech companies can do that banks cannot. Both banks and fintech have now realized that the best way forward for them is to not compete but to collaborate. We are witnessing many Bank-Fintech partnerships of late, trying to provide better platforms, products and services to the customers. If this is any indication, it should lay the debate to rest.

As one can see from the above arguments, there is no alternative to banking yet. Banks are here to stay and grow, even as they continue to support economies and societies around the world. And they will continue to provide great career opportunities to promising and talented people, as they have always been. 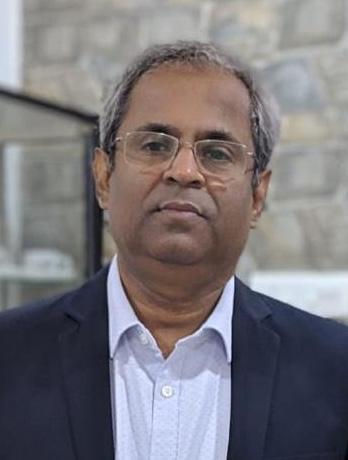 Sundar is a senior BFSI trainer with NIIT IFBI.

Sundar has been a banking professional who has worked with reputed global banks like HSBC and CITIBANK. In a career spanning 30 years, he has headed many departments and handled diverse assignments in leadership roles. He regularly contributes to the media and his views have often got published in the Economic Times.